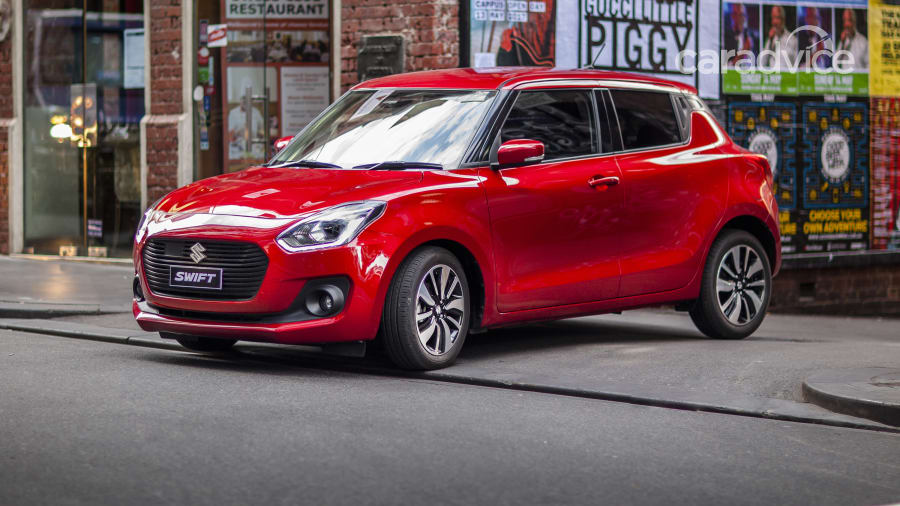 Plans are in motion at Suzuki Australia to bring a hybridised version of the Swift hatch to local showrooms. If those plans come to fruition, it could earn the small Japanese manufacturer the distinction of offering the most affordable hybrid car in Australia, potentially undercutting the $24,040 Toyota Prius C.

While Suzuki is rumoured to be working on a plug-in hybrid version of its Vitara small SUV for Europe, the outlook for that car is limited by availability – according the Suzuki Australia general manager Michael Pachota, a hybrid Vitara simply isn’t available in an Australia-appropriate configuration. However, Pachota says Suzuki’s local arm has another hybrid model in its crosshairs.

“I’d like to look at that if the technology was available for Australia, currently it isn’t in terms of vehicles exported to this part of the world. We do have hybrid technology available in other vehicles globally however, and I’m looking at trying to introduce that to Australia.

“It’s very early stages, but we’ve done all of our study and research to try and get that in. It all depends on if it can be priced right, and if it can be tooled up for Australian-specification vehicles.

“If they can do that for us, I’d like to introduce it on a very iconic nameplate in our range,” he said.

With virtually all of Suzuki’s current hybrid-capable offerings belonging to the Japan-specific kei class of microvehicles – cars that Pachota says are not on the immediate product plan for Suzuki Australia – only the Swift and Ignis have the potential to come here. Of the two, it’s understood that the Swift presents the better opportunity from an Australian perspective – its status as Suzuki’s top-seller Down Under may have something to do with that.

In Japan the Swift comes with the option of two different hybrid powertrains, both using a 1.2-litre naturally-aspirated petrol four-cylinder with 67kW and 118Nm. The cheaper of the pair features a ‘mild hybrid’ capability with an energy-saving  smart-alternator that can deliver a small amount of power to the engine to help with acceleration, while the other pairs the combustion engine with a 10kW/30Nm electric drive motor and a larger battery.

The mild hybrid setup predictably consumes more fuel, with a rating according to the Japanese test cycle of 3.65L/100km. The more conventional hybrid, meanwhile, sips an impressive 3.12L/100km – which compares favourably against the Prius C’s 3.9L/100km claim. The mild hybrid is also available in the Europe but only with a manual transmission, unlike the auto-only Japanese models that are a more likely fit for our market.

Currently, the fuel economy leader in the Australian Swift range is the base Swift GL Navigator with a five-speed manual, which consumes 4.6L/100km on the combined cycle.

However, while Suzuki’s local office is bullish about the prospect of bringing a hybrid entrant to market, question marks still exist over timing and pricing. If the latter can be secured at a level which puts the hybrid at a sensible spot in the Swift’s model hierarchy (likely somewhere between the $22,990 Swift GLX Turbo automatic and the $25,490 Swift Sport manual, and quite possibly below the cost of the Prius C), then a local release date can be firmed up. According to Pachota, that business case has yet to be locked in.