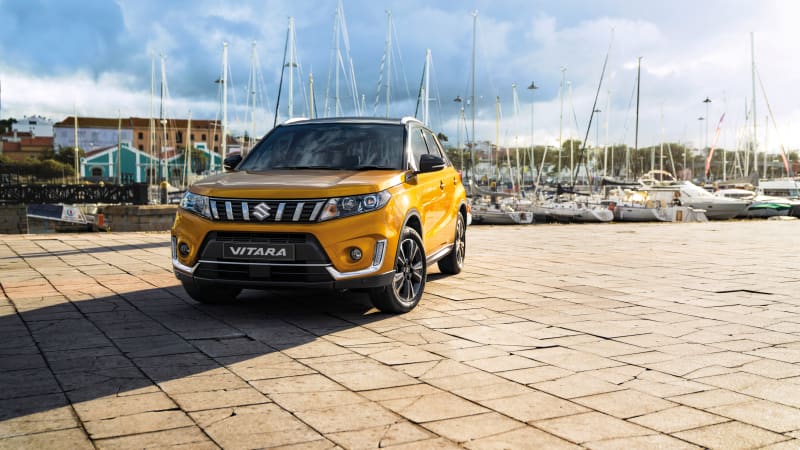 More safety tech for the Vitara Turbo models offset by price rises between $500 and $1000, as the new crossover starts arriving at Suzuki dealerships.

The 2019 Suzuki Vitara Series II update has lobbed in Australia, with a focus on improving the active safety credentials of range-topping Turbo variants.

This tech is not available on the entry models, even as part of an options package, though the range retains its (2017) five-star ANCAP crash rating.

All versions get a new front sliding arm rest, a softer-touch dash (though the cabin ambience and trim quality is still a little low-grade) and an improved 4.2-inch colour LCD in the instrument cluster.

There are no mechanical changes of note. The base Vitara gets a 1.6-litre petrol engine making 88kW and 156Nm, sending torque to the front wheels through either five-speed manual or six-speed paddle-shifter auto transmissions. Offsetting the low outputs is the light 1075-1120kg kerb weight.

The briefly-offered Fiat diesel has been dumped, since it was too expensive and sales were negligible.

All models retain the MacPherson strut front and torsion beam rear suspension, have space-saver spare wheels, and key dimensions of 4175mm long, 1610mm tall and 2500m between the wheels.

Matching that nifty design, there are a heap of colour choices: Cool White is standard, Silver Metallic and Black Pearl cost $500, and Bright Red, Atlantis Turquoise, Savannah Ivory, Galactic Grey and Solar Yellow all cost $1250, because they add a contrasting black roof colour.

The Vitara comes with Suzuki’s five-year capped price service (CPS) and warranty plan, and in a first for the brand, will also incorporate roadside assist. Welcome to that club, Suzuki.

For background, the Vitara is Suzuki’s second most-popular car in Australia, chalking 5023 units last year (the Swift led with 7785).

Its market share in the hotly contested Small SUV segment, where it competes against the Mitsubishi ASX/Eclipse Cross, Mazda CX-3, Nissan Qashqai, Subaru XV, Hyundai Kona etc. was a respectable 4.1 per cent in 2018.